The popularity of Mid-Century Modern architecture and interior design is still going strong more than 50 years after its heyday. The phrase Mid-Century Modern first showed up on the design scene as the title of a book written by Cara Greenberg entitled Midcentury Modern: Furniture of the 1950s. The book was a hit and while today it’s a popular “retro” style, some element of the Mid Mod style is found in many of today’s contemporary homes and offices. 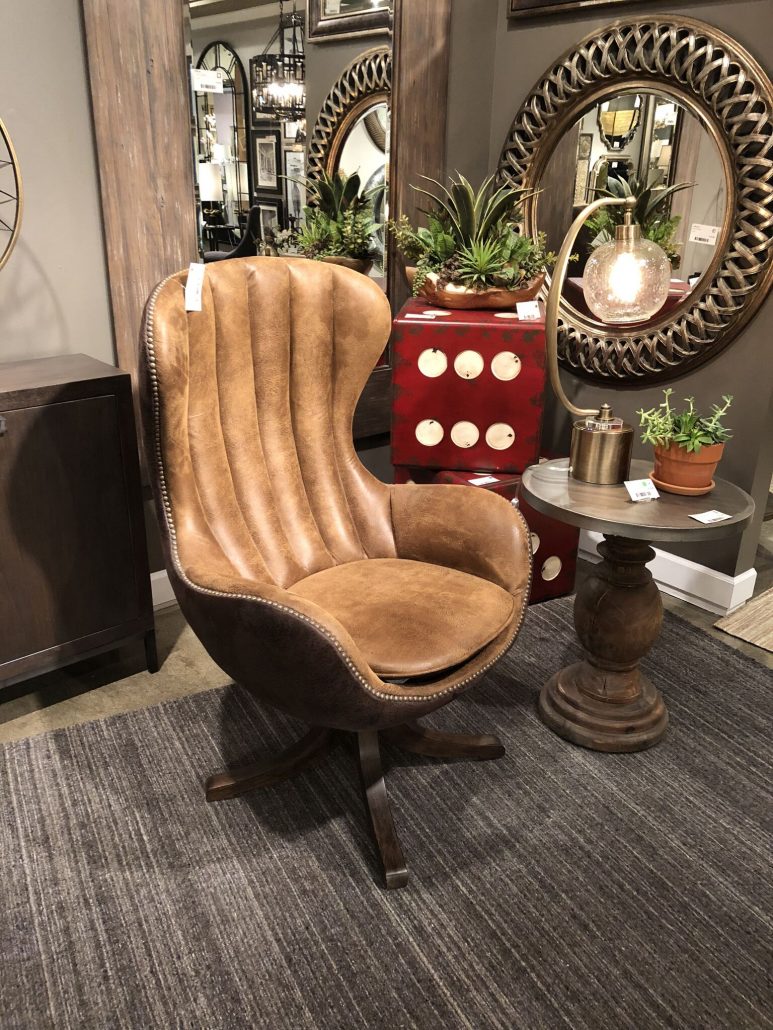 With a nod to the mid-century modern design classic, the Garrett Swivel Chair, designed by Carolyn Kinder International, combines comfort and style.

“It broadly describes architecture, furniture, and graphic design from the middle of the 20th century (roughly 1933 to 1965, though some would argue the period is specifically limited to 1947 to 1957). The timeframe is a modifier for the larger modernist movement, which has roots in the Industrial Revolution at the end of the 19th century and also in the post-World War I period,”

Read the entire article for a deeper dive at Why the World is Obsessed with MidCentury Modern Design.

While some Mid Century Modern interior design pieces look like they were beamed over from the set of the popular 60’s cartoon series The Jetsons, the philosophy behind the Mid-Century Modern movement is based on simplicity and connection with nature.

Mid-Century Modern architecture features clean lines, natural materials, open concept designs with large windows connecting the homeowner to nature. Palm Springs, California is described as “a living museum of mid-twentieth century architecture.” Since a picture is worth a thousand words, go to TripSavvy.com and take a Mid-Mod virtual tour to check out the popular architectural style yourself.

From the Hungarian Marcel Breuer’s Wassily armchair in 1925, to the functional chairs of Ray and Charles Eammes to the famous Danish designer Arne Jacobsen’s  Egg chair, Midcentury Modern designers are fascinating. Check out this great Mid-Mod infographic to learn more.

Let’s break it down to key words to help you understand the Mid-Mod vibe:

The good news is you don’t have to travel to Palm Springs or be able to afford an Arne Jacobsen Egg chair to incorporate a bit of the Mid Mod into your contemporary home. Visit our website to see all of our Mid-Century Modern inspired designs.

Want to join the discussion?
Feel free to contribute!

Sort by Tags A to Z: